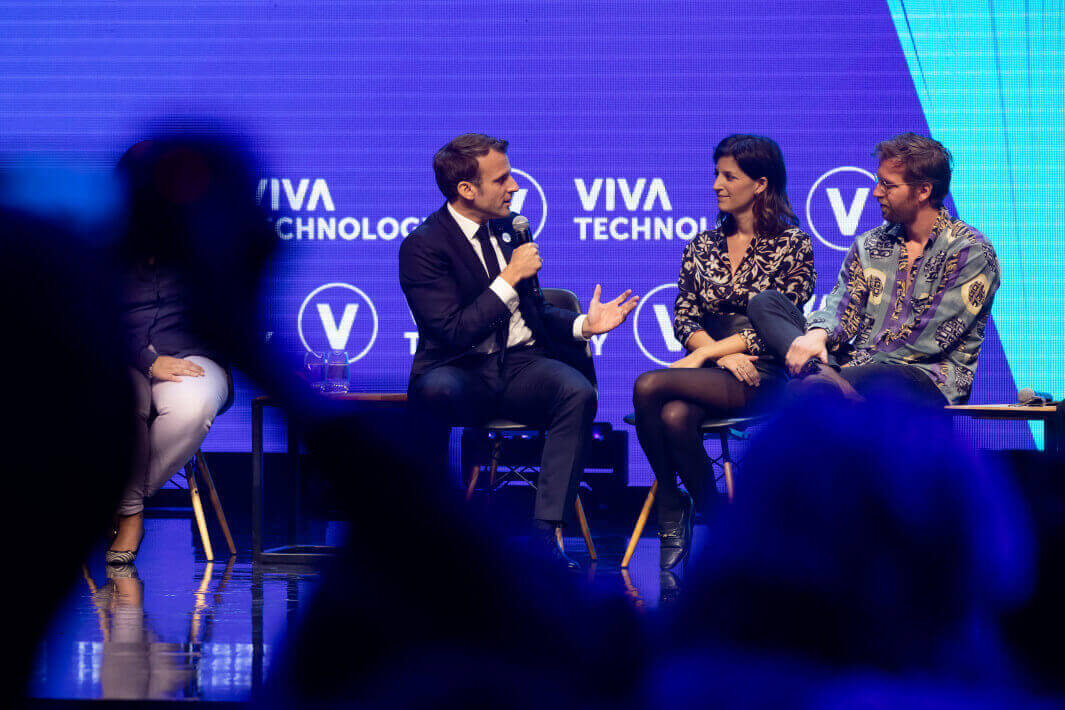 French Stereotype #6: “France is anything but a start-up Nation”

The image that springs to mind when one evocates the expression “Start-up Nation” might be the Swedish “unicorn factory” or the wacky Finnish tech festival Slush. But you probably do not think spontaneously of France, the country of large, well-established companies in the energetic or in the automotive industries. France is the country of big luxury groups. “France is anything but a Start-up Nation”. Today we are going to tackle a new stereotype and see what makes France a buoyant ecosystem for tech companies and why unicorns ready to hatch just around the corner.

The French Tech, a dynamic ecosystem

Let the numbers speak for themselves. France has 10,000 start-ups, including 7 unicorns: Blablacar (car sharing), Deezer (music streaming), Doctolib (e-medicine), Ivalua (SaaS/Cloud procurement platform), Meero (the Uber of photography), OVH (cloud computing and servers) and Veepee (online flash sales service). This makes France the 8th most represented nation in the global unicorn ranking, ranked just below Sweden, and it is on the rise. President Emmanuel Macron stated recently that he would like France to have 15 to 20 unicorns by 2022.

According to Genome’s 2019 Global Start–up Ecosystem Report, the French Tech performs well in many different sectors (healthcare & mobility, edtech, foodtech) but the fintech remains its most dynamic sector, with fintech start-ups such as the neobank Qonto, which raised $23 million in 2018, or the mobile payment start-up Lydia, which raised $16 million. Paris also hosts the Paris Fintech Forum, which in its latest edition hosted more than 220 CEOs and 2,600 participants from more than 60 countries.

France is the country among Europe where most of start-ups are created, in number of start-ups raising their first funds. This is possible with the presence of multiple financers and their trust in the French Tech. In 2018, France was the European country with the most funding ($3.5 billions). In the first quarter of 2019, French tech start-ups raised $1.2 billion (+81% growth compared to 2018’s Q1) ahead of Germany ($ 1.1 billion), with 178 deals including 7 deals over $50 million. The average funding raised per start-up rose to $6.5 million in 2019.

Read more: The promising future of Fintech in France

France has the most dynamic ecosystem in Europe, particularly in terms of employment. In 2018, the employee population working for start-ups increased by 7.3%, compared with a 4% average start-up employment growth for all European countries. According to the Boston Consulting Group study Becoming a unicorn? from April 2018 (in French), the French ecosystem will generate 400,000 job creations up by 2022.

A great quality & a great number of incubators and learning centres

France is one of the European countries with the largest number of incubators and accelerators. There are more than 600 structures, with a 12.5% ​​increase in incubators and a 12% increase in accelerators in 2018. The largest incubator in the world, Station F, is in the centre of Paris. Funded by the French tycoon Xavier Niel, Station F hosts nearly 1,000 start-ups thanks to its 34,000 square meters of shared workspace and offers more than 30 international acceleration programs.

Paris and many other cities in France host multiple structures for the French ecosystem, numerous incubators, such as the Centrale-Supélec incubator or the EM Lyon incubator, but also labs and inclusive high-level training centres, such as the Drahi X-Innovation centre, the Polytechnique high-tech lab, the Paris-Saclay learning centre or Ecole 42, the first free engineering school also funded by Xavier Niel.

According to the Global Cities Outlook ranking made by A.T Kearney, Paris is in 2017 and in 2018 the third most influential city in the world, below San Francisco and New York City. It means that Paris have the appropriate combination of factors such as political engagement and support, economic activity, human capital, information exchange and cultural experiences for start-ups to be created, to grow and to succeed. Indeed, France is the country among Europe where it is the quicker to create a company.  Only 3.5 days are needed in France in 2018 to create a new company according the World Bank. Numerous Swedish start-ups seduced by the French start-up-friendly climate and its attractiveness have invested in France. The food–recycling start-up, Karma, has recently been invested in Paris. Likewise, the scooters start-up, VOI, after settling in Paris in 2018, has established branches in Lyon and Marseille.

Read more: French stereotype #5: “There are too many administrative procedures to create a company in France”

“Entrepreneur is the new France” and it is also a French word. President Emmanuel Macron is the ultimate ambassador of the Start-up Nation. In the 2017 edition of VivaTech, the world’s rendez-vous in Paris for start-ups and leaders to celebrate innovation, gathering more than 6,000 start-ups, 1,400 investors et 1,500 journalists, the President announced the creation of a 10 billion euros fund for innovation and the launch of a French technology visa for foreign entrepreneurs. The French government supports the creation of start-ups with numerous financial subsidies, such as the Research Tax Credit (RTC), the Innovation Tax Credit (ITC) and regional research grants. Bpifrance, the public investment bank is also a key player for the FrenchTech. It offers support and enhanced services for innovation, external growth and export, in partnership with Business France and delivers the FrenchTech grants, as well as various lending facilities.

The French ecosystem also benefits from the support of the population, which has a positive attitude towards start-ups and digital technology. According to an IPSOS survey from June 2018 (in French), 96% of French people consider digital development to be important. Moreover 77% of French people are in favour of creating a digital pathway for the French Baccalaureate in addition to the existent scientific, literary or economic pathways (IFOP survey from July 2017, in French). This digital & start-up friendly climate is more than necessary to promote the creation of start-ups nationwide and to make people start their own business. According to the same survey 15.7% of the French population will intend to start a business in the next 3 years, 30% more than the average in Europe (11.9%) or in the United States (11.7%).