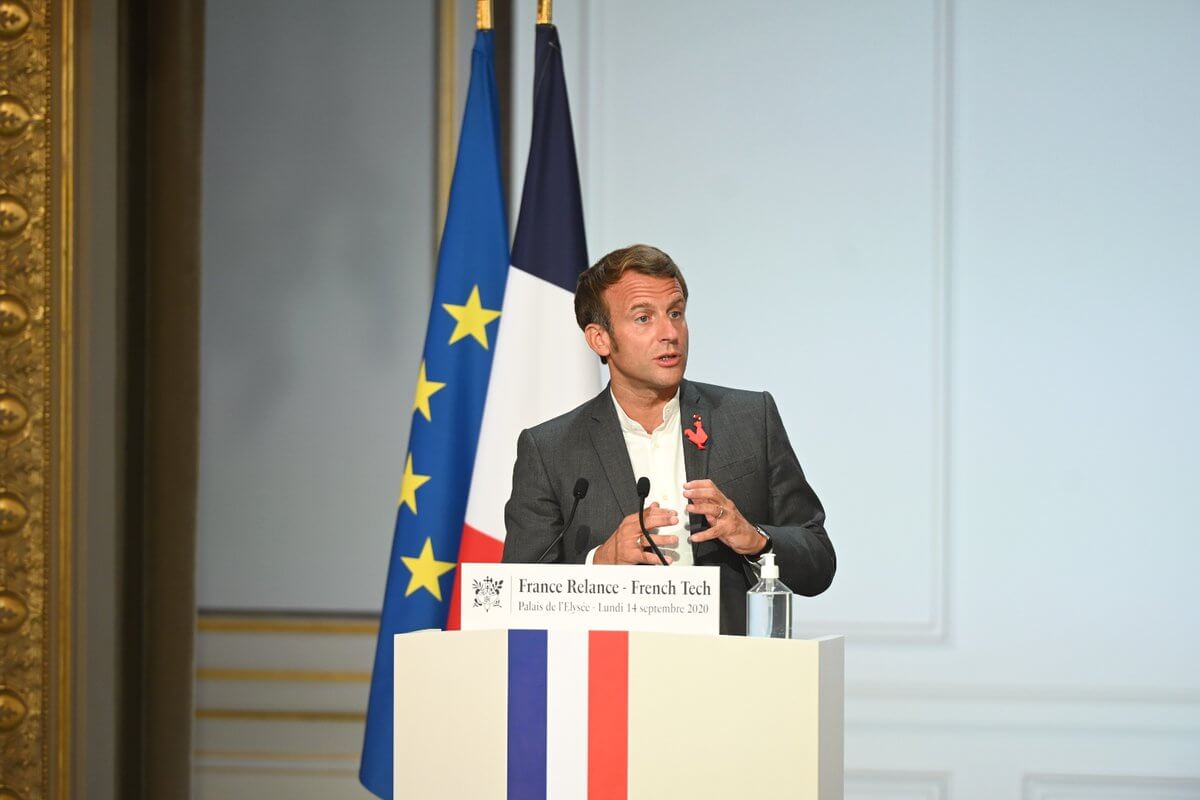 A few weeks ago, E. Macron hosted a “French Tech” event at the Elysée Palace, inviting the French startup industry’s key players. The President took the opportunity to detail a new aspect of the Recovery Plan the Government has launched on September 4th, unlocking €100 billion in total, of which €7 billion allocated to the digital sector.

France supports its tech ecosystem since the beginning of the pandemic

From June 5th, Bruno Le Maire, Minister of Economy and Finance and Cédric O Secretary of State for Digitalization, had already announced a support plan for technological companies to allow them to continue to launch, grow and innovate despite the COVID crisis. The project included creating a “French Tech Sovereignty” Fund (of €150 million today, with a capacity to grow up to €500 million by 2021) managed by Bpifrance, to help companies developing future sovereign technologies. The fund is mainly destined at companies on the French territory developing tomorrow’s sovereign technologies, associated with high-risk investments (such as quantum computing, health, cybersecurity, AI…) and at startups.

The government also wants to support the development of new startup incubators and accelerators in the digital sector. A vital pillar of the plan is aiming at simplifying digital regulations to ease and accelerate innovation.

€7 billion for the digital sector

France will allocate €7 billion, part of the recovery plan, to the digital industry between 2020 and 2022. This plan’s first axis is the digital transformation in France, which will receive €2,3 billion, of which €1,7 billion will be allocated to the digital transition of the State and the French territories. A second axis is developing the French startup ecosystem and perennating the rise of unicorns, with €3,7 billion, to keep France’s positioning as one of the first innovative European countries. Also, the State will allocate €800 million for training in digital skills across the country.

Digitalization of the State, regions & companies

Out of the €2,3 billion allocated to the State, territories, and companies’ digitalization, there will be €1,7 billion exclusively reserved for the digital transition of the State and French regions, following Denmark’s example.

According to Cédric O, the digital sector is the second most crucial pillar of the recovery plan after the environment. The French government wants to achieve a similar outcome with this digital plan to the 2018 AI plan, which attracted a lot of foreign research centers on the territory. France wants to become a world leader in disruptive technologies such as quantum computing, cloud, or cybersecurity, with €2.4 billion assigned to such activity. “Disruptive technologies are part of the critical technology we will have to master for sovereignty reasons.” summarized Cédric O.

However, the State and regions will not be the sole beneficiaries of the digital support plan, as €3.7 billion will be directly helping startups. During his speech, President Macron highlighted that France was the European country creating the most startups in 2019 and that it should now focus on making them grow. French startups raised over €5 billion in 2019 and about €2.7 billion in the first semester of 2020, performing better than the UK, despite the sanitary crisis.

In the era of European sovereignty issues, E. Macron recalled his ambition to have 25 French unicorns by 2025. He announced this month that France had already created 13 and should now focus on their perennation. The aim is to make them worth €10, €20, or even €50 billion and listed on stock exchanges to create an ecosystem of large French digital companies.

The government wants to maintain its growing place in terms of the most innovative European country, with measures such as:

“Bpifrance will invest close to €400 million in 2021, against €250 million today,” said Cédric O, to help French startups to develop globally.

Moreover, the Plan d’Investissements d’Avenir (PIA, Future Investments Plan) initiated in 2010, will increase by 60% its annual support to La French Tech, up to €800 million. The organization will thus be able to continue and accelerate its mission to federate an internationally recognized ecosystem.

With such measures, the government wants to transform the COVID-19 crisis as a decisive acceleration factor for the digital and startup ecosystems.