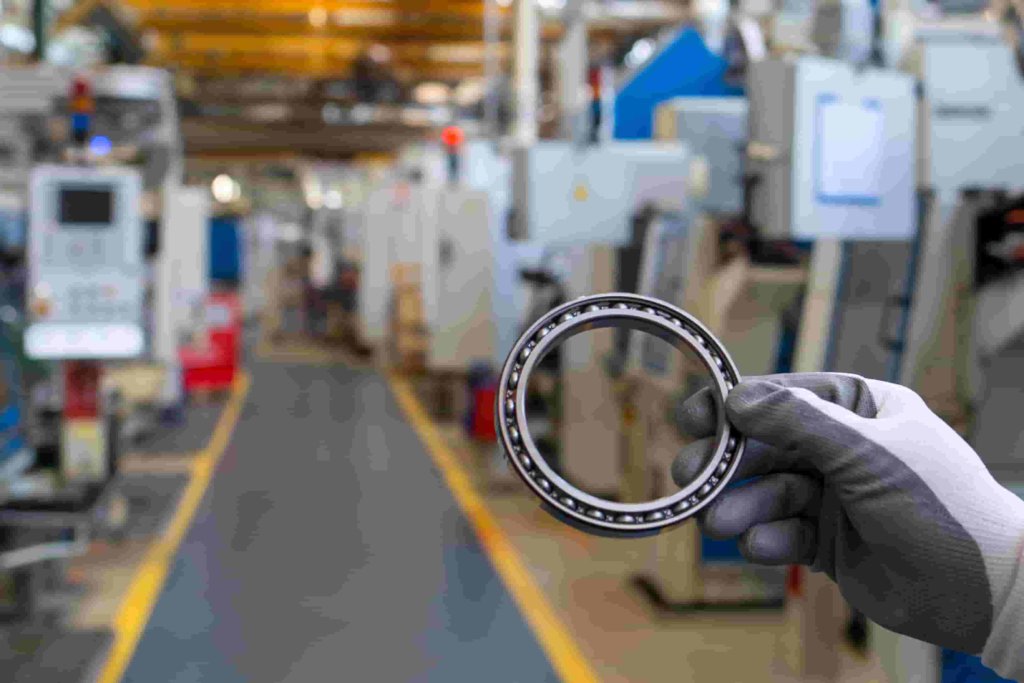 To mitigate the effects of the COVID-19, the implication and reactivity of private partners remain central. In this context, the Swedish industrial leader in bearings manufacturing, SKF, well established in France, has adapted its production lines in Saint-Cyr-sur-Loire in record time to contribute to the production of much-needed respirators. Mobilized employees have done an exceptional job while preserving their health at work.

With strong expertise about industrial production, SKF was an obvious partner for the much-needed production of respirators, a life-saving medical device against COVID-19. Indeed, ball bearing, the signature production of the company, is one of the components in some respirator models. That is why, on March 31st, when a company contacted SKF France to produce those specific types of ball bearing components, the Saint-Cyr-sur-Loire site was immediately set up to adapt and start its production line, and delivered the first components less than 24H after the call. Since then, SKF France has honored other commands from European countries and the US, for critical components in the production of ventilators. Throughout this mobilization by the SKF teams, an important thing to highlight is the focus on employees’ health and safety.

SKF, a major industrial player in the Nordics, has a long-standing presence in France for more than a century now. France is the only country where the 5 business areas of the group are represented outside of Sweden, after a long and rich history of acquisition and partnership with local partners. Today, SKF has 3,000 employees in France and generates €1 billion in turnover. Its activity is mainly oriented towards the aerospace industry, while 70% of its production is exported internationally. Asked about their reason to invest in the Haut-de-France region, the company highlighted the excellent logistic network of the region, the industrial culture that existed for centuries, and the presence of highly skilled workers.

In January 2020, SKF invested into its Valenciennes factory, specialized in aeronautical components, to create a fully automated production line able to function 27 hours without any intervention. The products are delivered to French and European companies such as Safran but also clients in the US or Asia, enjoying the proximity with international airports in Lille and Paris. This location also houses an R&D center.

Read more: France’s paying strategy in the industry of the future

Contact us for more information or guidance in your investment projects in France.