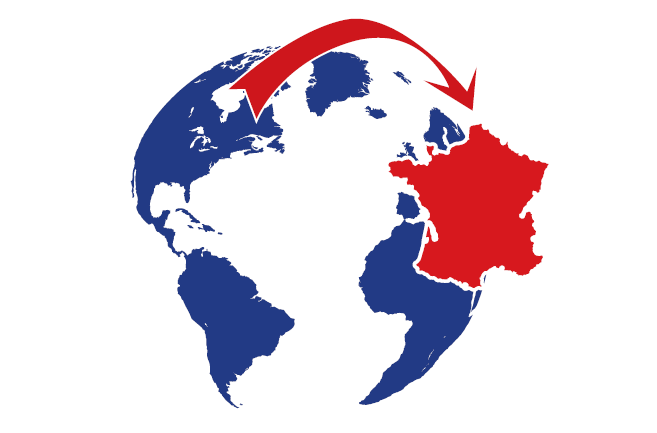 The number of jobs created or preserved in France thanks to Nordic investments has kept on growing in 2018, reaching 1,660 jobs (+13% compared to 2017). France maintains its position in the top 3 destinations in Europe for Nordic investments in terms of job creation.

France’s attractiveness continues to improve in 2018

Despite the downturn in global growth, ongoing economic tensions and the rise of protectionism, France’s attractiveness still improved in 2018. France has attracted 1,323 investment decisions; this number which is continuously increasing has broken the record of 2017.  These investment decisions have enabled to create or preserve in total 30,302 jobs. France is seen as an attractive destination for FDI according to 88% economic decision-maker/business executive. France became in 2018 the 2nd most attractive European country for FDI, right behind Germany. While 60 different countries are investing in France, the countries of the European Union gather 61% of the investment decisions.

With 61 investment projects in 2018, the number of jobs created or preserved (1,660 jobs) thanks to Nordic investments has grown compared to 2017 (+13%). Among the Nordic investments in France, the Finnish and Norwegian ones have more particularly increased in terms of job creation or preservation, with respectively 560 (+97%) and 180 (+94%) jobs.

Therefore, Nordic countries stand out once again by their ability to invest in France. The investments of these countries represent 4.5% of the FDI projects in France. The Nordic zone is ranked 8th in terms of number of investment projects, behind Belgium (65 projects) and ahead of China (57 projects). Additionally, the zone position itself is quite high on the ranking measuring the total number of jobs created by investments. It is ranked 5th (1,660 jobs), behind the United Kingdom (2,448) and in front of Canada (1,544).

The various bilateral agreements between France and the Nordic countries such as the French-Swedish partnership for innovation and green solutions, or the joint statement of France and Finland regarding artificial intelligence, represent major opportunities to strengthen this fruitful investment collaboration.

In 2019, France was Europe's most attractive country for foreign investors, ahead of the UK for the first time. The Government's economic reforms launched in 2017 are showing results as France's attractiveness is sharply increasing. Contributing to...