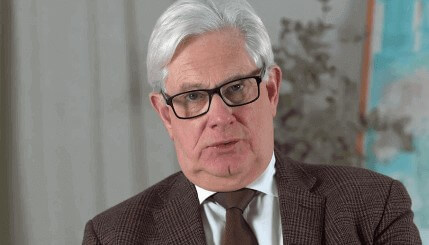 Thomas Berglund shares his experience of doing business in France

Throughout his career, as CEO of different international Swedish groups (i.e. Securitas and Capio), Thomas Berglund has had a long experience in doing business in France. He is here openly talking about his perception of the French market and the support he received from Business France to expand Capio’s activity in France.

Thomas Berglund had been the CEO of Capio for more than 10 years before he decided to retire in 2018. After graduating in 1978 from the Stockholm School of Economics, he joined the Swedish government as an advisor. He then became a consultant at the Swedish Management Group. Afterwards, he worked at Securitas for a total of 23 years. There, he held the role of CEO for 14 years before leaving the company in 2007 to join Capio.

Capio turned into an international group

Thomas Berglund led an important acquisition strategy to establish Capio as one of the biggest providers of private health services in Europe. He developed a wide range of offers (notably for the elderly) to meet patients’ needs and expectations. For example, the group has innovated for outpatient treatments to reduce the time spent at the hospital. They democratised the use of ambulatory treatment in France, which allows hospitals to be more effective and patients to heal quicker while being at home. Indeed, when Capio first started, in 1994, in the region of Skaraborg (Sweden), the mission was to offer a diversity of health services of excellent quality. Capio also aimed at alleviating the load of public health services across Europe. This mission is shared by their recent buyers Ramsay Général de Santé. Thanks to this acquisition, officialised in December 2018, Ramsay Général de Santé is now to become the pan-European leader of private healthcare services.

The benefits of being on the French market

When we asked Thomas “why choose France?”, he simply answered “why not?”. Capio group started its French journey in 2002. The French market now represents 35% of the total sale revenue of the group. Thanks to its 5,500 employees dispatched into 22 clinics across the country, Capio can take care of 765,000 patient in a year in France only. Thomas Berglund points out that, due to the number of inhabitants, France has a wide market and that by entering it “Capio has helped to start a more rapid development in France [in the healthcare sector]”.

Read more: The essential guide – everything about business in France in 2018

Thomas Berglund recognises the necessity to get in touch with political decision-makers, and so he adds: “that we couldn’t achieve ourselves, and that we had a very good help from Business France”. Business France has helped Capio to connect with the different decision-makers such as agencies and local or regional authorities. A meeting was also organised with the Health Ministry when the group came to France. Additionally, Business France supported Capio to enhance their understanding of the French health sector. Capio was thus able to do a mapping of the health sector and identified the key stakeholders of the field. Business France then served as an intermediary to reach and put into contact these crucial actors and always kept a good relationship with the company.